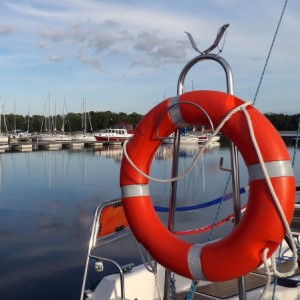 Further on drive to impressive Lazienki Royal Park with numerous edifices incl. Palace on the Water, Royal Theatre, Myslewicki Palace. Additionally in the Park, Chopin monument, the central point of open-air Chopin concerts arranged on Sundays from mid-May to mid-September. Visit to Praga district – its architectural legacy are 19th and 20th century buildings which survived WWII. They were rather neglected since then but they give the district its unique character. We will see Różyckiego Street Bazaar, St Florian Cathedral and St. Mary Magdalene Orthodox Church. In Praga district, visit to revitalised Koneser centre and entrance to the new Museum of Polish Vodka to discover how this typical Polish alcohol is produced. On spot tasting of 3 samples of vodka made of different ingredients for students over 18 years old.

In the afternoon, meeting with Polish students at one of the high schools or one of the universities (depending on the participants’ age). Several prestigious universities are located in Warsaw incl. Warsaw University, the University of Technology or the University of Economics. Depending on the field of study, the participants can attend a chosen class with local students. In the evening, time for socializing at one of the student clubs (e.g. Stodola, Harenda or Rivera Remont). Overnight in Warsaw.

DAY 3 – Excursion out of Warsaw to Mazury Lake District, called the region of 1000 lakes, in the north-east of Poland. Transfer to Krutyń – a village situated at Krutynia River to take a canoeing trip Krutyń- Ukta: 15 km (3-4 hours). This part of the river is appropriate even for non-experienced kayakers. Overnight in Mikołajki.

DAY 4 – Cruise at one of the lakes  to admire local picturesque landscapes, e.g. Śniadrwy Lake – the biggest in Poland. Visit to Łuknajno Reserve near Mikołajki – added to  UNESCO World Biosphere List, shelter of Europe’s largest surviving community of wild swans (Cygnus olor).  The 1200- to 2000-strong swan population nests in April and May but stays at the lake all summer. Visitors can bird watch from many observation towers. Transfer to Giżycko, a sailing capital of Poland, situated in the north of Mazurian Lake District. Arrival and short tour of the beautifully located city. We will see Boyen Fortress, Prussian fortification from the 19th century and  the  Castle Tower, the only remained part of 14th century Castle. Overnight in Giżycko.

DAY 6 – Day dedicated to visits at chosen local museums or other interesting sites in Warsaw. Depending on students’ field of study or interests, we recommend:

DAY 1 – Arrival in Warsaw at Warsaw Chopin airport (WAW) or Modlin airport located 40 km from Warsaw (WMI). Evening walk in the city centre; bustling environs of Krakowskie Przedmieście Street with the main campus of Warsaw University and other streets in the area full of pubs and restaurants. Overnight in Warsaw.

DAY 2 – Morning tour of Warsaw Old Town- inscribed on the UNESCO Heritage List including Castle Square, the southern gateway to Warsaw’s Old Town with the monument of Sigismund III Vasa, the King who moved the capital from Krakow to Warsaw; the splendid Royal Castle; St John’s Cathedral, Warsaw oldest church; the picturesque Old Town Square combining the elements of Renaissance, Baroque, Gothic and Neoclassical design as well as the imposing Barbican and city walls. Walk along former Royal Route including Krakowskie Przedmieście and Nowy Świat Street with numerous churches (e.g. Holy Cross Church with Chopin’s heart kept in the pillar), monuments and historic buildings. Transfer to the Palace of Culture and Science – lift to the 30th floor to see a stunning panorama of the city. Further on drive to Lazienki Royal Park. Short walk to see edifices in the Park such as Palace on the Water or Royal Theatre.