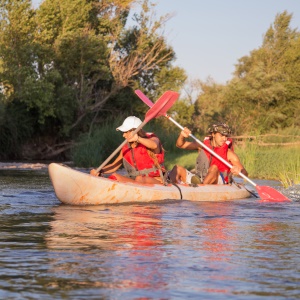 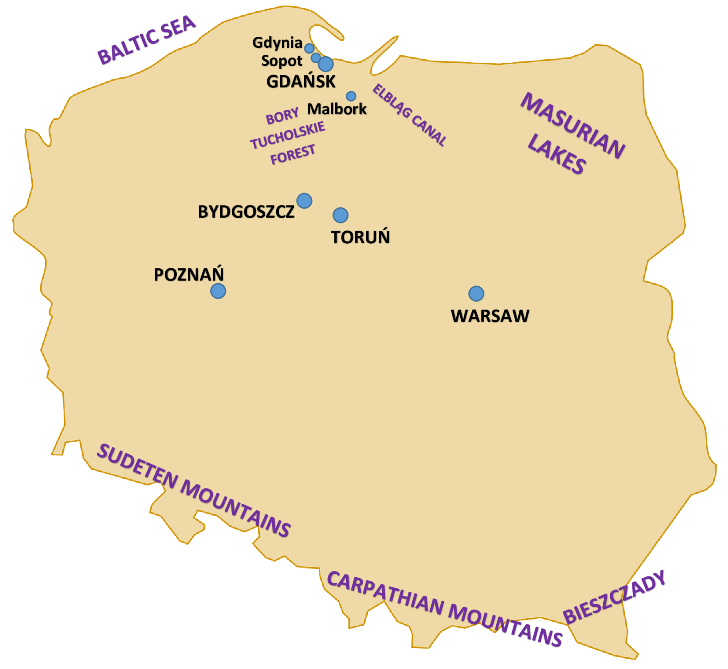 DAY 1 – Arrival in Gdansk – the largest city on the Baltic coast in Poland, forming, together with Sopot and Gdynia, the so-called Tricity. Walk along the streets of the historical centre of Gdansk to see clubs and pubs. Stop at the observation wheel, AmberSky,  located near the Granary Island, to check fantastic panorama of the city. Overnight in Gdańsk.

DAY 2 – City tour of Gdansk; the historical centre of Gdańsk with Długa Street  & Długi Targ Street, Neptune’s Fountain- symbol of Gdańsk, Town Hall dating back to the 14th century, Artus Court built in 1481 as a meeting place for wealthy burghers who shared the passion for King Arthur and the Round Table. Stop at Mariacka Street at St. Mary’s Church, founded in 1342, one of the biggest in Europe, large enough for 25,000 faithful. Local treasure of Gdansk is amber. There are numerous shops selling amber jewellery or other items made of amber. During the tour, we recommend a stop at one of the  shops to watch short presentation of amber treatment. Further on stroll along the banks of Motlawa River with  Old Crane on the way. Drive to the Gates of Gdańsk Shipyard where “Solidarity” Union started, which later led to the collapse of Communist regime in Eastern Europe. Stop at the European Solidarity Center. Meeting and discussion panel with Lech Wałęsa – leader and hero of democratic opposition, the chairman of Solidarity movement and the Nobel Peace Prize laureate.

In the afternoon, trip to Westerplatte Peninsula, from 1st Sept 1939, the outbreak of World War II, up to 8 days, 182 Polish Soldiers held off thousands of Nazi forces supported by artillery, planes and naval units. The Monument to the Defenders of the Coast commemorates not only the Westerplatte garrison, but also other soldiers fighting against the Nazi army on other European coasts.  In the evening time for socializing with local students at one of the student clubs in Gdańsk. Overnight in Gdansk.

DAY 3 – Drive to Gdynia – the commercial heart of the Tricity. Visit at Dar Pomorza – a school sailing ship, purchased by the Pomeranian society in 1929 for the Maritime School in Gdynia. From 1982 moored in Gdynia as a museum ship.  Transfer to nearby Sopot – a picturesque pre-war summer resort with a beautiful promenade pier. Alternatively, depending on group’s interests, one of the below visits / tours could be included:

Evening in Sopot – numerous bars and clubs make it an ideal place for young people. Overnight in Gdańsk.

DAY 4 – In the morning, departure from Gdansk for excursion to Malbork Teutonic Castle, listed on UNESCO World Heritage List, an outstanding example of medieval defensive construction, located 60 km from Gdansk. Note: In summer months, June-August, possible  transfer of approx. 32 km from Malbork for an additional attraction, boat trip along the Elbląg Canal, (Elbląg – Buczyniec part). The Elbląg Canal is 151km long and it is the longest navigable canal in Poland. It is the only route in the world on which ships not only travel on water, but also travel by land. Drive to Bydgoszcz – Walk in the city centre. Bydgoszcz is located on Vistula and Brda River. The city is famous for its beautiful waterfront and Art Nouveau style buildings. The historical monuments in the town are grouped along Brda River and in the area of the Old Town. One of the most interesting features of the city is the Mill Island, also known as the “Bydgoszcz Venice.” It is a great place to try some coffee or beer while soaking up the atmosphere. The three granaries in Grodzka Street are the symbol of Bydgoszcz. Overnight in Bydgoszcz.

DAY 5 – Morning visit to the campus of the University of Economy in Bydgoszcz and meeting with local students. Further on transfer out of Bydgoszcz for kayaking trip including competition with local students. Kayaking trip on Brda River – one of  the most popular kayaking routes in Poland.  There are various distances to choose  for kayaking trips on Brda River, out of 233km in total. Exemplary route; Tryszczyn-Janowo,  up to 4 hours. Wildlife enthusiasts get an opportunity  to see red deer, roe deer, wild boars and black storks. Nature paths and a dendrological park are additional educational facilities to be found along the banks of the river. Transfer for an overnight in Toruń.

DAY 6 – In the morning , guided tour of Toruń Old Town, listed on UNESCO Heritage List, a unique example of Gothic architecture with the original urban layout, churches, Town Hall Tower , burghers’ houses,  defensive walls, the Statue and the House of Nicolaus Copernicus – famous citizen of Torun. Stop for gingerbread, local speciality of Toruń. In the afternoon,  one of the below entrances to choose from:

Additionally, possible meeting with students at the local university, University of Nicolaus Copernicus. After meeting at the university, time for socializing with Polish students at a local pub. Overnight in Torun or transfer to the airport in Warsaw, Gdansk, Bydgoszcz or Poznan (depending on the flight connection).

DAY 7 – Departure transfer to the airport in Warsaw, Gdansk, Bydgoszcz or Poznan (depending on the flight connection) or departure by coach (if the group travels by bus).