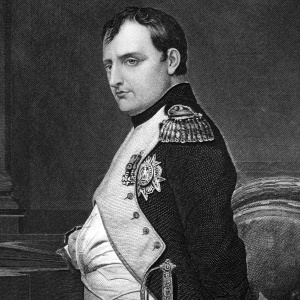 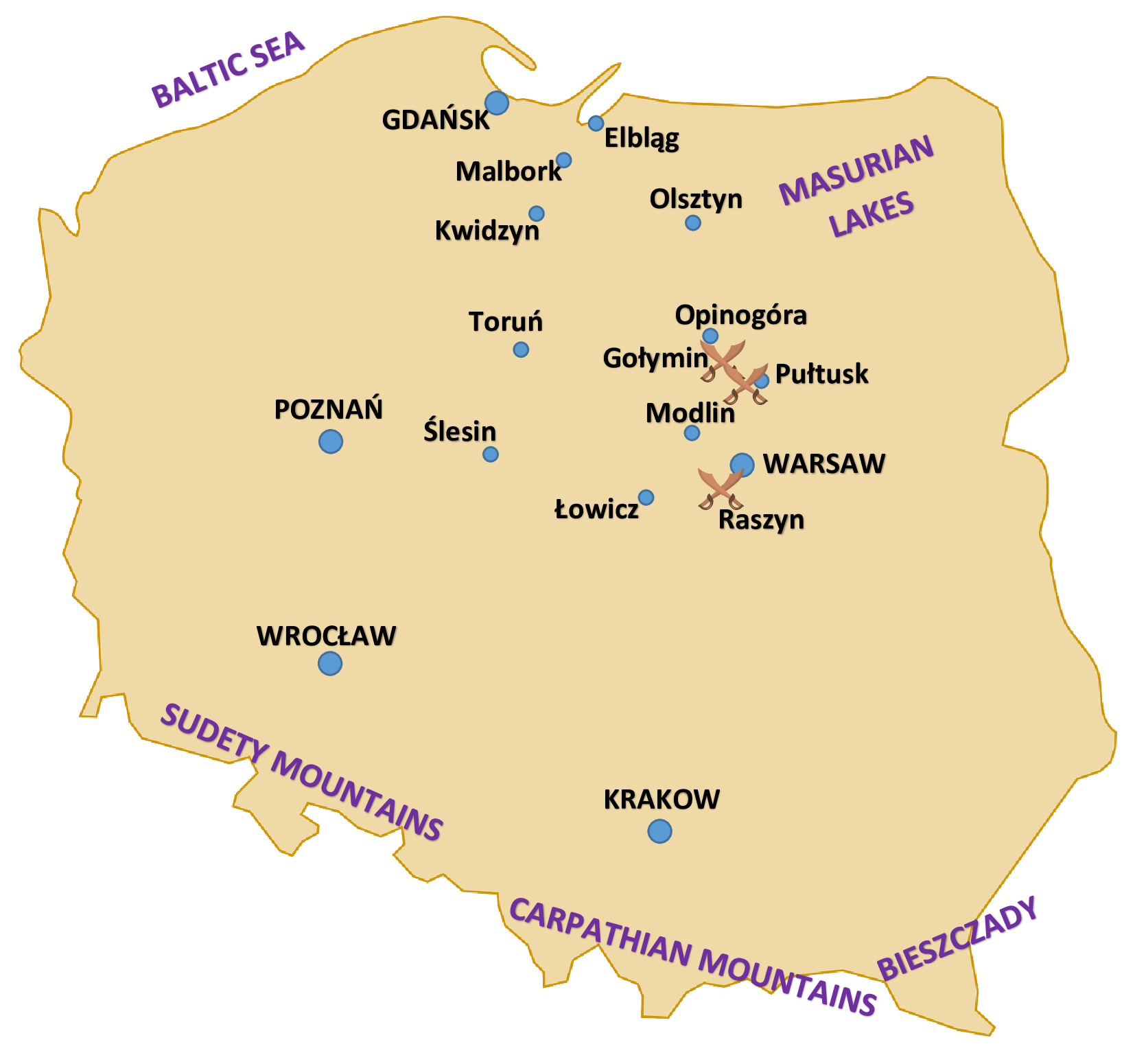 Napoleon’s army entered Polish territory in November 1806. It was enthusiastically welcomed by the Poles. Why? When Napoleon reached the Polish borders, Poland did not exist. He defeated the three partitioners  and created our statehood – the Duchy of Warsaw, which he later enlarged.

One of the goals of the Russian campaign was the rebuilding of the Kingdom of Poland in its pre-partition boundaries. Unfortunately, it failed. In January 1807, Napoleon agreed to establish the Ruling Commission, the provisional government. Poles formed an armed force of 30,000 men, who fought against Prussia and Russia alongside the French. The war ended with the Treaty of Peace in Tylża (July 1807) and the Duchy of Warsaw was established.

The Great Army entered Poland again in 1812, on its way to Russia. Nearly 100,000 Poles served in its ranks. Ultimately, it did not succeed however. The last time the Great Army marched through Polish territory was at the turn of 1812 and 1813. In December 1812, Napoleon himself passed through Warsaw on his way to Paris. In the lands that today lie within the borders of Poland, the French army fought numerous battles, including Pułtusk, Kołobrzeg or Gdansk.

On November 27th, 1806 the emperor himself visited Poznan – the capital of Greater Poland. He stayed in the most representative residence – the former Jesuit College, the second oldest Polish university after the Jagiellonian University.  For the duration of his stay the college was decorated with gifts from the people, and renamed ‘Château de Posen,’ while Al. Marcinkowskiego was re-christened to “Rue Napoleon”. On December 11th, 1806 in the Redutowa Hall of Saski hotel in Poznan (ul. Wroclawska 25) Napoleon signed a peace treaty between France and Saxony.

On December 18th he reached Łowicz where he stayed in Imperial hotel which was located in a tenement house on the main square. In 1981 a commemorative plaque was unveiled on the wall of the house in which the Imperial hotel was located. The inscription on it reads: “After the victory at Jena and Auerstedt, Napoleon, the Great Emperor of the French, stopped in this house on December 18th, 1806 on his way to Warsaw”.

During the campaign of 1807, when in February the French army followed the Russians defeating them in small battles and skirmishes, Napoleon Bonaparte visited twice the capital of Warmia – Olsztyn. The stone commemorating Napoleon’s passage on 3 February 1807 can be found by the bridge of St John Nepomucen in Olsztyn.

On May 8th, 1807 Napoleon entered Elbląg  in a carriage through the Berlin Gate on the Granary Island. After greeting the generals he got on his horse and headed for the centre of the city. He was welcomed by a salute of 20 cannons.

The only memento of the emperor’s stay at the Malbork Castle is the painting (1,26m x 1,52m) by Adolphe Roehn. It is signed: “Hopital militaire franrcais a Marienbourg, soignant les blesses russes et francais apres la bataille de Friedland juin 1807” (French military hospital in Marienbourg, treating the Russian and French wounded after the battle of Friedland in June 1807).

On June 2nd, 1812 Napoleon entered Toruń and stayed at the Hôtel de Varsovie, (also known as “Pod Białym Orłem”/Under the White Eagle) designated as the imperial headquarters. The hotel no longer exists and there is the plaque commemorating the Emperor’s stay in Torun Old Town. 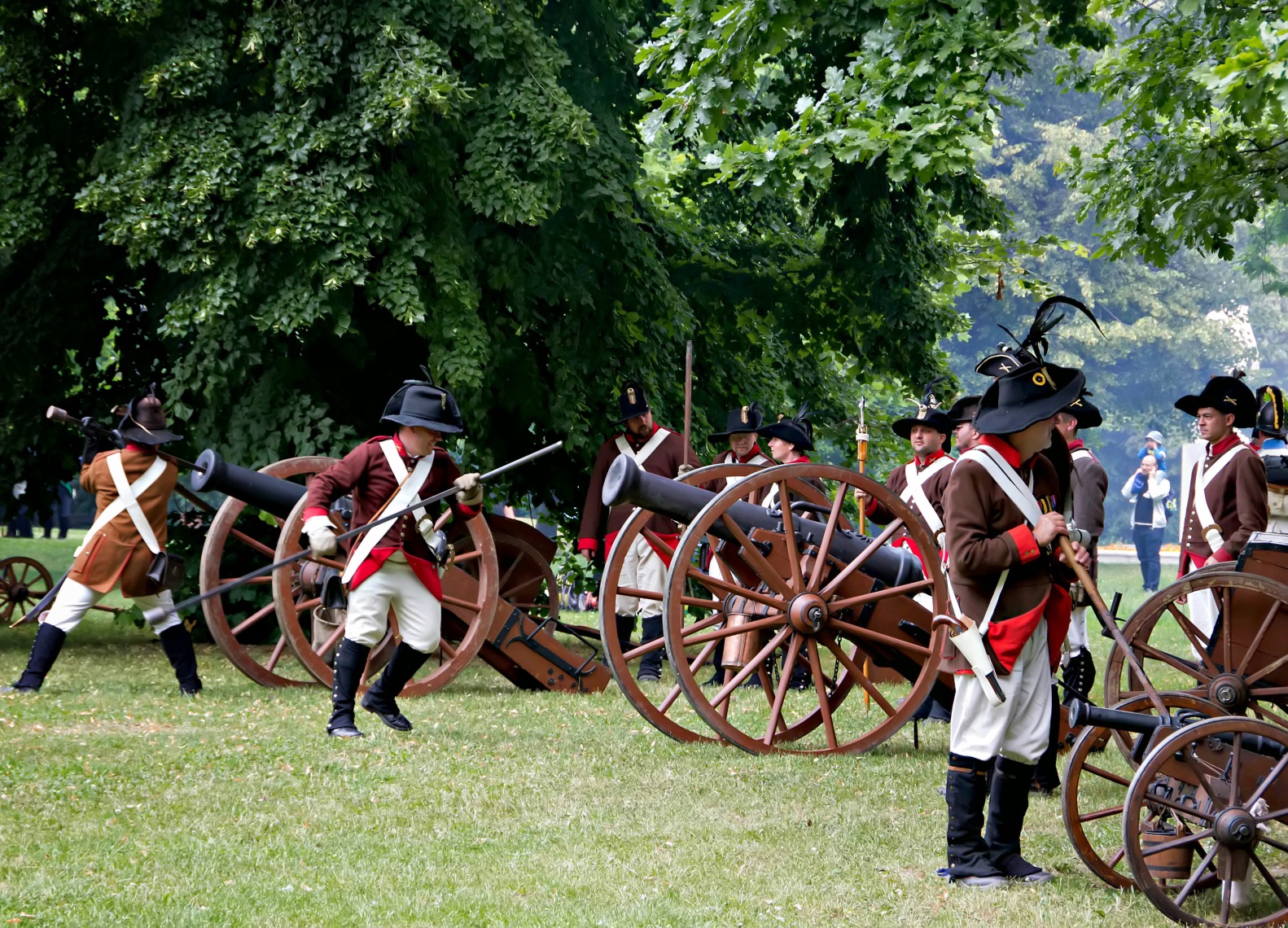 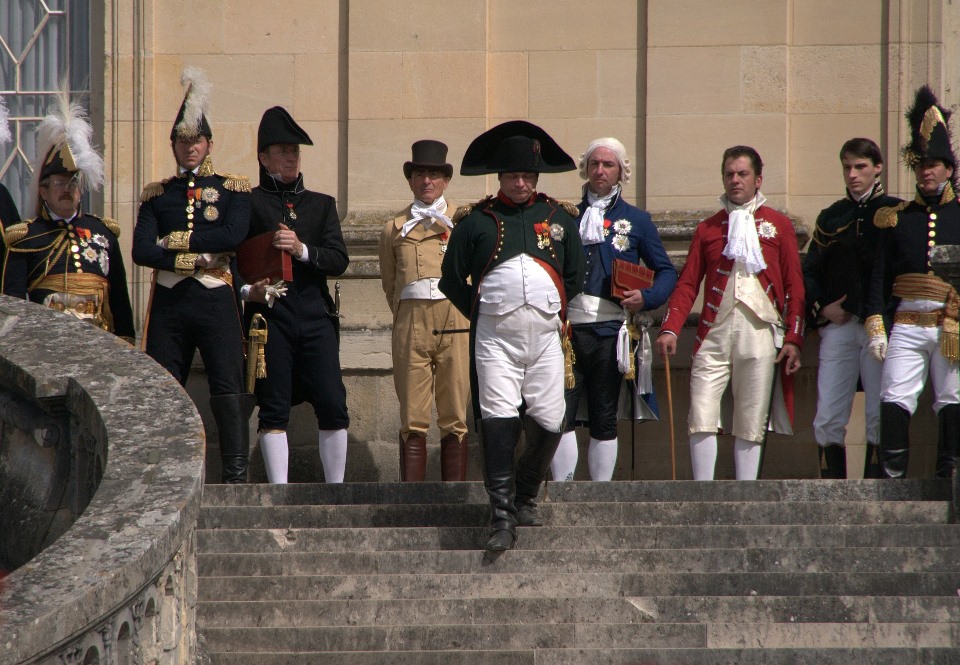 Polish Army Museum – a museum which documents the military aspects of the Polish history.  Its resources include collections of military objects, arms, amours and vehicles from different eras. Several rooms are devoted to Poland’s part of Napoleonic Wars.

Modlin Fortress – one of the biggest 19th century fortresses in Poland, with a turbulent history. The fortress was constructed on the orders of Napoleon Bonaparte. Expanded by Russians, played an important role for each army overtaking Poland.

A city where the battle between French and Russian troops in December 1806 took place. After the battle Napoleon spent 4 days in Pułtusk. He stayed in a building situated at the Main Square. The visitors interested in Napoleon’s trails in Poland should visit the Center for Studies of the Napoleonic era in Pułtusk and see the exhibition of maps, documents and publications related to Napoleon’s relationships with Poland.

There is also an exhibition: “Napoleon in Pułtusk” at the Regional Museum of Pułtusk. 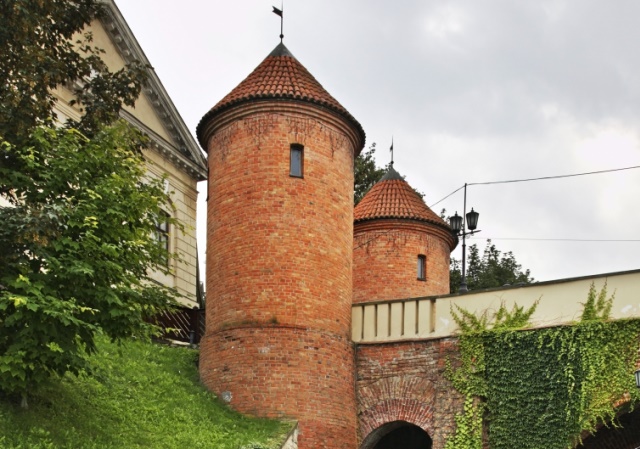 Museum of Romanticism in Opinogóra – opened in 1961 in a small Neo-Gothic castle from the early 19th century, that once belonged to the Krasicki family. It houses memorabilia related to Napoleon including: book from the emperor’s reference library and a series of postcards presenting the campaigns and battles of the Napoleonic period.

Napoleon’s Arch in Ślesin – a triumphal arch located in Ślesin, on the road to Sompolno. The arch was erected by the inhabitants of Ślesin in 1811 or 1812 in the honor of Napoleon Bonaparte. They believed that this is where he would pass attacking Russia. Most probably he did not see the monument.

THE BATTLEFIELDS IN THE NAPOLEONIC WARS

The Battle of Raszyn was fought in April 1809 between Austrian and Polish troops as a part of the War of the Fifth Coalition in the Napoleonic Wars.

The Battle of Gołymin took place on 26 December 1806 at Gołymin between around 17,000 Russian soldiers with 28 guns under Prince Golitsyn and 38,000 French soldiers under Marshal Murat. Despite all the attacks, the French could not destroy the Russian detachment, which managed to escape from the enemy and unite with main forces of the Russian army.

On 26th December 1806, simultaneously with the battle of Gołymin, the battle of Pułtusk took place near Pułtusk. Despite their strong numerical superiority and artillery, the Russians suffered the French attacks.