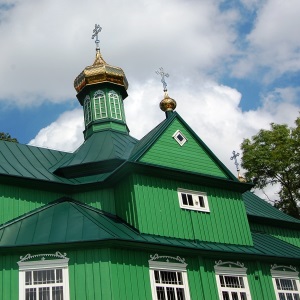 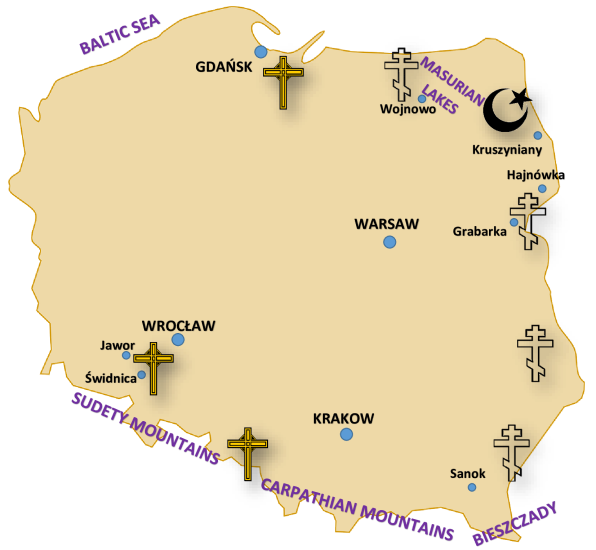 Since the reign of Casimir the Great, Poland was a multi-religious country. During the period of the First Polish Republic, i.e. the Polish-Lithuanian Commonwealth, multiculturalism, and therefore also multi-religiousness, became something very characteristic of the state.

Representatives of various religions and nations created the political, civilization and cultural heritage of the entire Republic of Poland. The Commonwealth avoided religious wars and was called a state without stakes. The centuries-old presence of Jews had a huge impact on the country’s culture. Religious tolerance towards Protestants quickly ended in the 17th century as the Counter-Reformation grew in importance. In the east of the Republic of Poland, Orthodoxy influenced the cultural richness. The presence of Tatar Muslims cannot be forgotten either.

SEE OTHER CHRISTIAN PLACES OF IMPORTANCE

Poland was the homeland for generations of Mennonites. They started settling in the delta of Vistula River in the 16th century. They belonged to the Anabaptist movement, a radical Christian denomination. Unlike most Polish peasants they were free people, not serfs. Their relationship with landlords was based on long term contracts with the right to lease the land. They also received privileges and obligations. They specialised in draining wetlands and swamps.

After the end of World War II, about 1000 Mennonites lived in Gdansk. Along with the rest of German speaking population they were expelled after the war to the other parts of Germany and many of them immigrated to North and South America.

As descendants of Dutch immigrants, Mennonites brought their culture and religion from the Netherlands. We can see the traces of their presence they left behind, both in architecture and cuisine.

Since they bred cows, they based their nutrition on dairy products but in Poland they also adapted cabbage, both fresh and sauerkraut. Before winter, they used to chop cabbage heads and store them in tree logs or barrels, the same way Poles still do.

Mennonites built more than 40 churches in Poland until the great migration. Only 9 of them  are preserved, most of which are used as houses of worship by communities of other confessions.

Old Believers, also called Philipons, rejected the reforms of Patriarch Nikon introduced in Russian Orthodox Church in the 17th century. Due to repression and persecution they were forced to emigrate.

The first Old Believers came to Masuria in the first half of the 19th century, at first from the Suwalki Sejny district, then also from the inland of Russia. The history of Masurian Old Believers is closely connected with the Wojnowo monastery. The beginnings of the monastery go back to 1836 when a staretz Lavrentiy Rastropin (1762-1851) set up a small hermitage on the bank of the Duś Lake. In 1847 the monastery became a branch of the famous Old Believers centre in Moscow.

In consequence of intensifying repressions towards Old Believers in Russia the Wojnowo monastery became a shelter for a great many of the persecuted. The monastery has survived the turmoil of war and today it is a very interesting relict of religious and traditional culture. Situated in a picturesque land of lakes and forests, it is a monument attracting crowds of tourists. 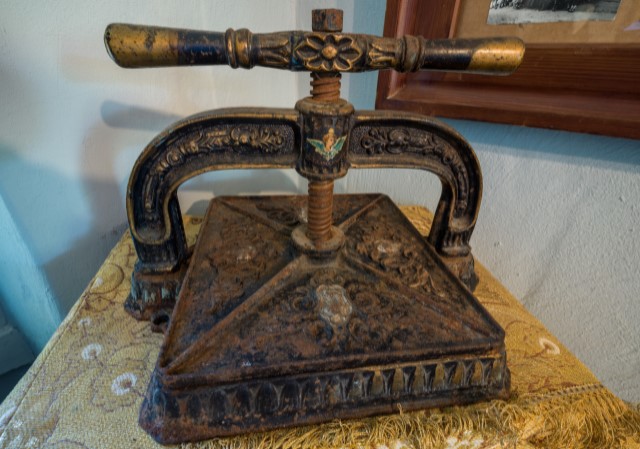 Grabarka – a mountain located next to the village of the same name in the Podlaskie Voivodeship, Siemiatycze County, in the Nurzec-Stacja commune. It is the most important place of religious worship of Orthodox believers in Poland.

In Grabarka, there is a female monastery of Saints Martha and Mary, established in 1947, as well as 3 monastic churches (of the Transfiguration of the Lord, the Icon of Our Lady of “All the Afflicted Joy” and the refectory – the Dormition of the Holy Mother of God). The main monastery church (of the Transfiguration) is also a parish church. The monastery, churches and two Pilgrim Houses (wooden and brick) form the settlement of Grabarka-Monastery. There is also an Orthodox cemetery.

Built  in the 17th century in Swidnica and Jawor after a Catholic emperor Ferdynand Habsburg had granted the Lutherans the right to construct three temples. The unusual shape of the churches comes from the limitations the Lutherans had to observe: the building could not resemble a traditional Christian temple, could not be constructed of long–lasting materials as brick or stone, could not have towers or bells. Additionally they had to be located outside the city walls but close enough to be reached by a cannon shoot. Time limit to accomplish construction was one year. Results are simply amazing. A private organ concert is highly recommended. 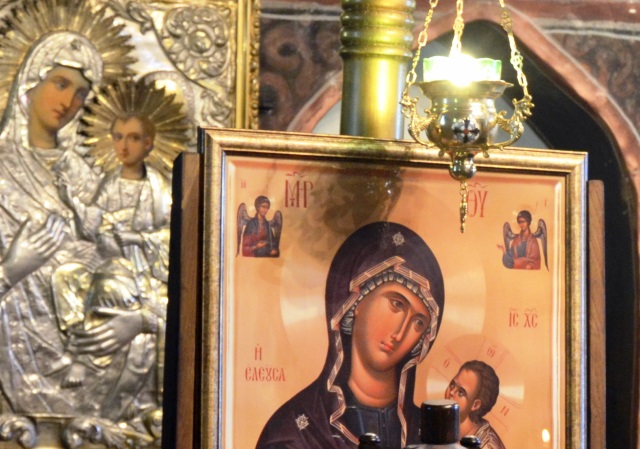