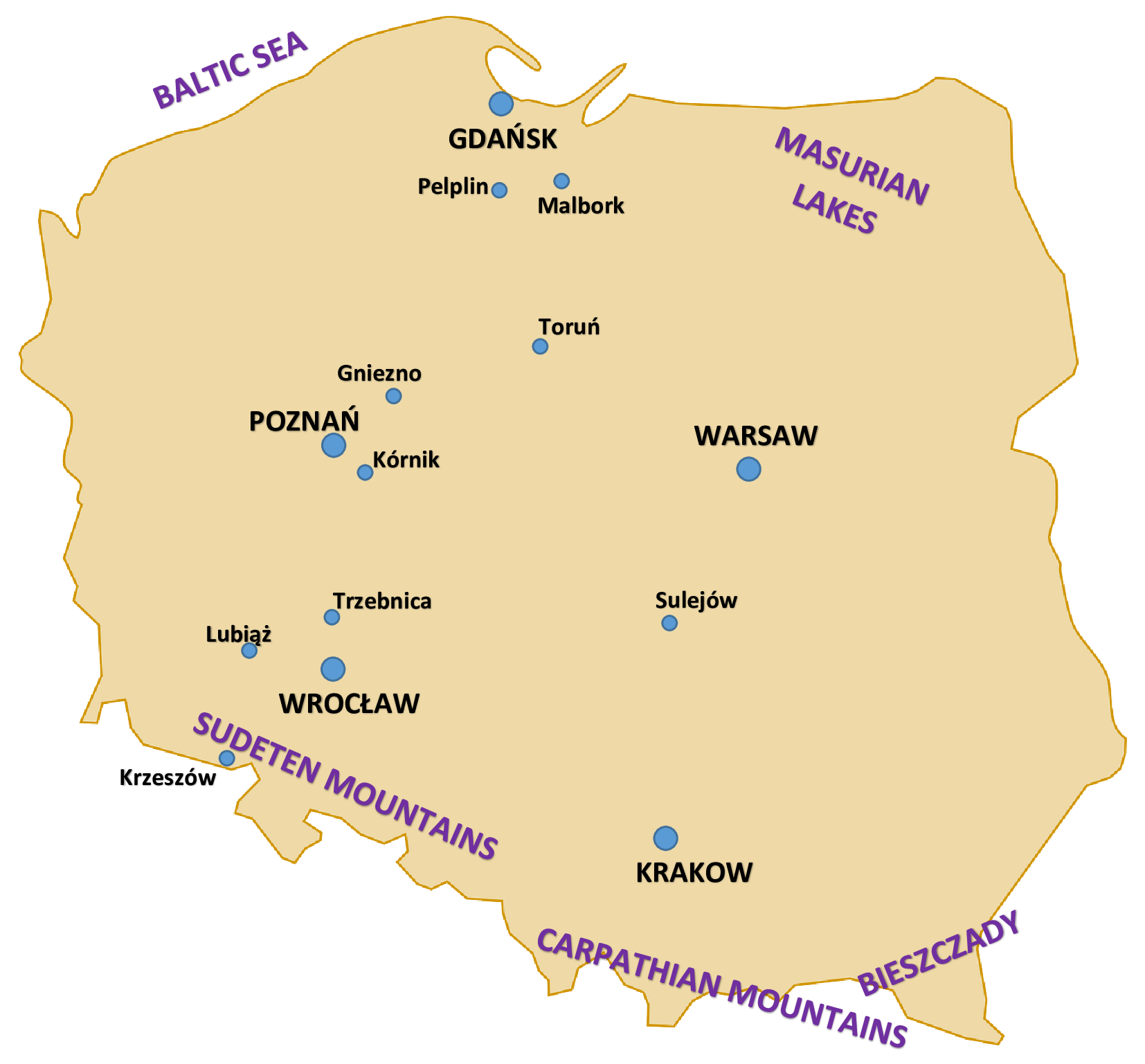 The first Cistercian monks appeared in Poland in the 12th century in a town called Jędrzejów near Kielce. More abbeys were founded successively not too far away from the first one in Sulejów, Wąchock and Koprzywnica. All of them came under the auspices of the monastery in Citeaux in France. As well as their profound spirituality, the Cistercians brought with them agricultural and horticultural know-how and expertise in craft and industry. The Council of Europe has mapped out cultural routes through Europe with the aim of integrating nations on the basis of their shared European heritage. The Cistercian route from Portugal to Eastern Europe is one of them. In our sample itinerary we give you a glimpse of the rich traditions the Cistercian order has in our country.

DAY 1 – arrival in Warsaw. Transfer to the hotel. Walking tour of the Old Town. Dinner & overnight.

DAY 2 – departure for Toruń. Guided tour of the city including Copernicus house. Lunch. Continue to Malbork. Visit to one of the most impressive medieval fortifications in Europe. Overnight in Gdańsk.

DAY 3 – guided tour of the Tri-city: in Gdańsk a stroll throughout the Old Town and along the Royal Route, visiting the major tourist attractions. A walk on the Pier at Sopot, a famous holiday resort. A quick tour of Gdynia, a major port city. Overnight in Gdańsk.

DAY 4 – departure for Poznań. En route visit to the Cistercian Abbey in Pelplin with magnificent 14th century Gothic cathedral, library and Gutenberg Bible from 15th century – one of the few original versions in existence. Lunch en route. Continue to Poznań via Gniezno to see its 14th century Gothic cathedral where the first five Polish kings were crowned. The pride of the shrine is the Gniezno Door from the 12th century. Overnight in Poznań.

DAY 5 – guided tour of Poznań – one of the oldest cities in Poland – with Cathedral and Town Hall from 13th century. Lunch and departure for Wrocław. En route visit to Kórnik Castle – founded in the 16th century, one of the most picturesque romantic residences remodeled in the Neo-Gothic style. Stop in Lubiąż – to admire the largest and most impressive monastic complex from the 18th century in this part of Europe. Devastated after WWII it is now regaining its former glory. Drive to Trzebnica, a former Cistercian Abbey which was founded in the 13th century for Cistercian nuns. The abbey was built of brick, which was an innovation in those times. Overnight in Wrocław.

DAY 6 – morning tour of the city including: Ostrów Tumski with cathedral, University of Wrocław with the beautiful Baroque Aula Leopoldina, Market Square with Town Hall from 13th century After lunch an excursion to Krzeszów, famous for its abbey, considered one of the most precious monuments oland. Founded in 1242 for the Benedictines, it then belonged to the Cistercians. The monastic church from the first half of the 18th century is regarded as a masterpiece of Silesian Baroque. Overnight in Wrocław.

DAY 7 – departure for Sulejów to visit the Sulejów Cistercian Abbey, founded in 1176, surrounded by impressive defence walls with bastions. The northern part of the walls houses a hotel. Lunch en route. Farewell dinner and overnight in Warsaw.

Drive along the Royal Route with its numerous churches, monuments, historic buildings, palaces and the Parliament. Pay respects at the former Jewish Ghetto monuments, and see the Grand Theatre, the Tomb of the Unknown Solider and Palace of Culture and Science the Soviet “wedding cake” skyscraper. 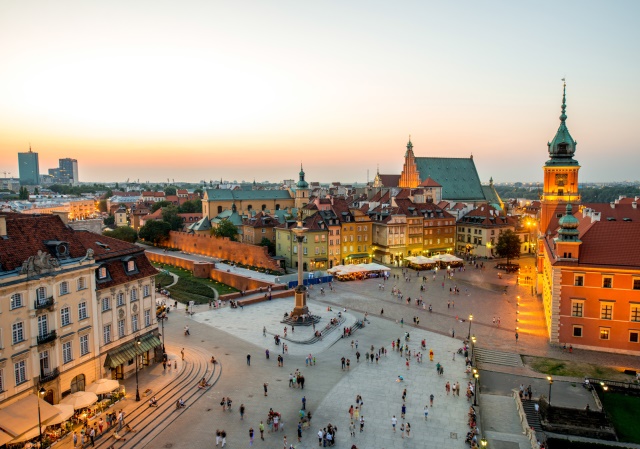 This charming Gothic town is a birthplace of Nicolaus Copernicus and also home to the famous Polish gingerbread.

A walking tour my include visits at Copernicus home, a Gothic Town Hall and a Gingerbread Museum. Ideal place for a stay or just a stop en route. 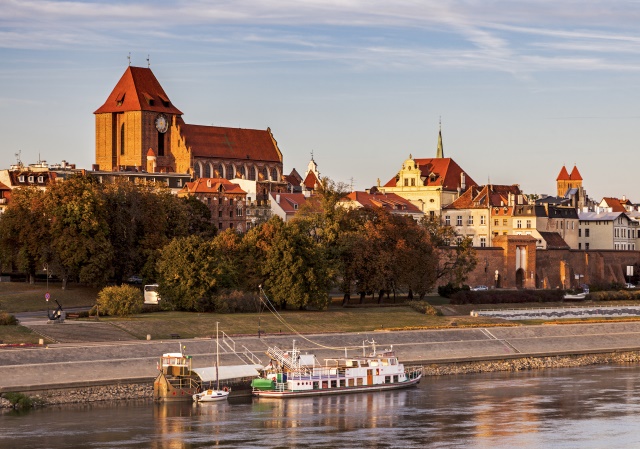 A one-hour drive south of Gdańsk takes you to Malbork (Marienburg) – the seat of the Grand Master of the Teutonic Order, dating back to the 14th century, an outstanding example of medieval defensive construction.

The vast redbrick fortification which dominates the Vistula riverbank has the been the backdrop for many a medieval film epic. It has a wealth of treasures, including Teutonic armour and weaponry and an amber room. Admire the sinister Gothic traps, which the Teutonic brothers invented to rid themselves of inconvenient members and guests.

There is the possibility to extend the excursion to the whole day and visit other Teutonic castles on request.

Tri-city tour (Gdańsk-Sopot-Gdynia) Main tour of Gdańsk en route Old Town, Town Hall,famous Artus Court, Długi Targ, one of the biggest church in Europe-St. Mary’s Church and the Old Crane at the Motława River bank. Then drive to the Gates of Gdańsk Shipyard where the “Solidarity” Trade Union movement was founded in 1980. Stop in Sopot– picturesque resort with a beautiful promenade pier. Then drive to Gdynia, commercial heart of Tri-city. 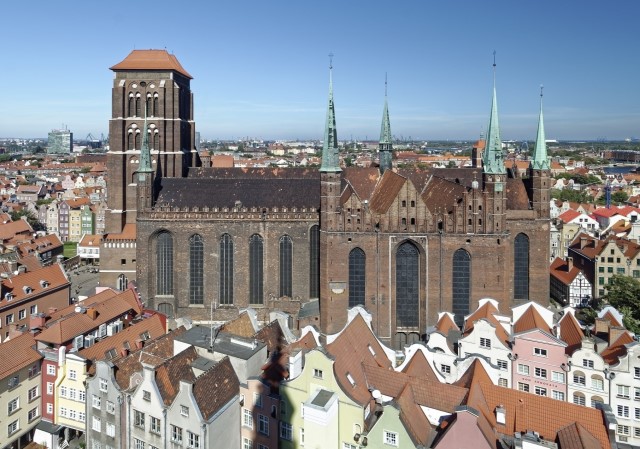 A Cistercian Abbey with magnificent 14th century Gothic cathedral, y and Gutenberg Bible from 15th century – one of the few original versions in existence. 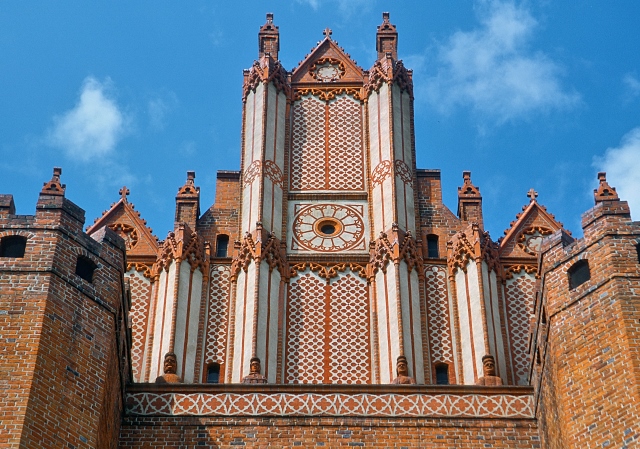 See its 14th century Gothic cathedral where the first five Polish kings were crowned. The pride of the shrine is the Gniezno Door from the 12th century.

Poznań is one of the oldest towns in Poland and the first capital. The first cathedral was founded in 986 on Tumski Island. Pride of place in the cathedral is given to the Mieszko I tomb and the enormous Gothic altar dating from 1512. In the Old Market Square the majority of buildings date back to the 15th century. The Town Hall, founded in the 13th century. Has one of the most precious Renaissance interiors in Northern Europe. 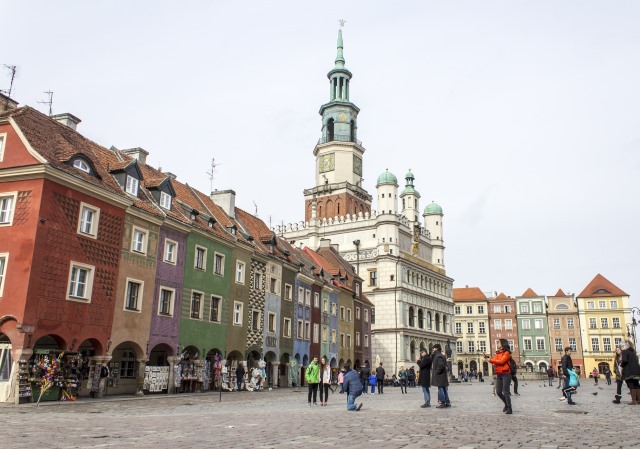 Drive 20 km south from Poznań to Kórnik: castle built in the 16th century, rebuilt in the 19th century in English Gothic style, former property of Zamoyski family. The castle has a collection of furniture, paintings, sculptures, armour and oriental weaponry. Surrounded by a stylish park dating back to the 16th century, now arboretum with numerous exotic plants. 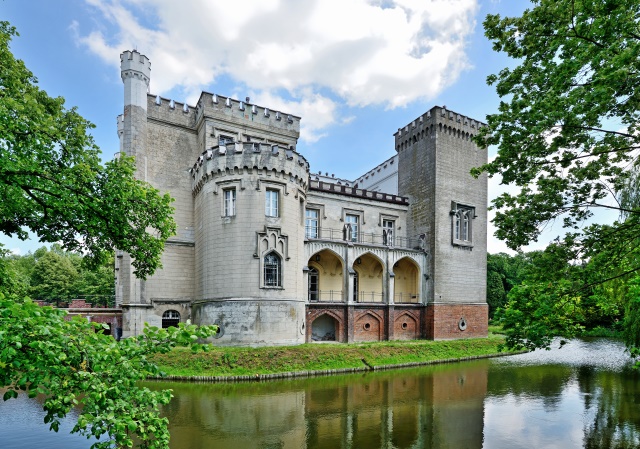 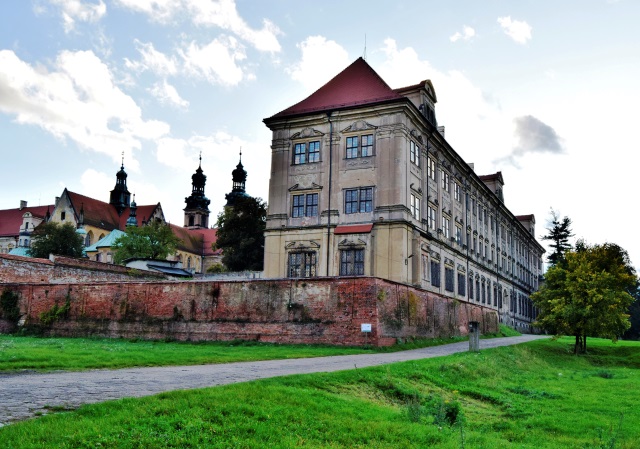 Due to 127 bridges and 14 islands this beautiful city is called ‘Venice of the North’. Visit to Ostrów Tumski – the oldest part of Wrocław where the episcopate was established in year 1000.

See its numerous Gothic churches, the most precious of which, St John the Baptist Cathedral, founded in 1244, has remnants of the first, Romanesque church. Walk through the Old Town with its beautiful Town Hall erected in 1241, now a museum, and many picturesque Renaissance and Baroque tenement houses. 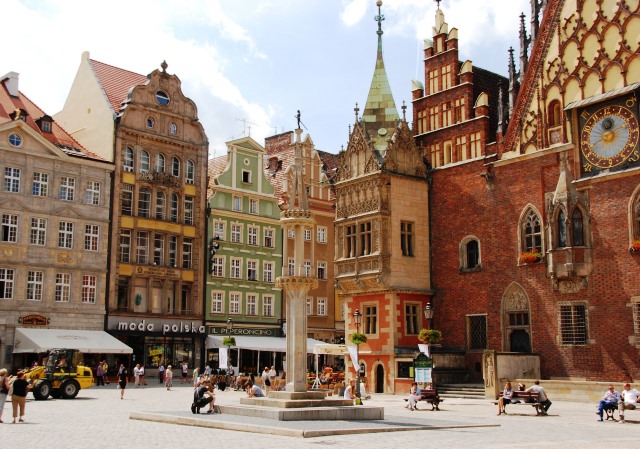 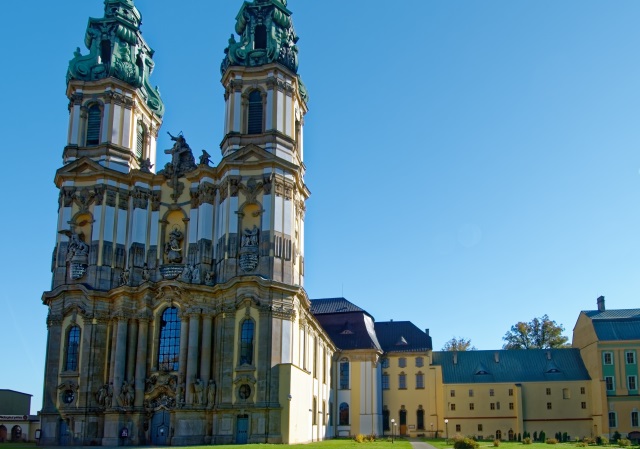 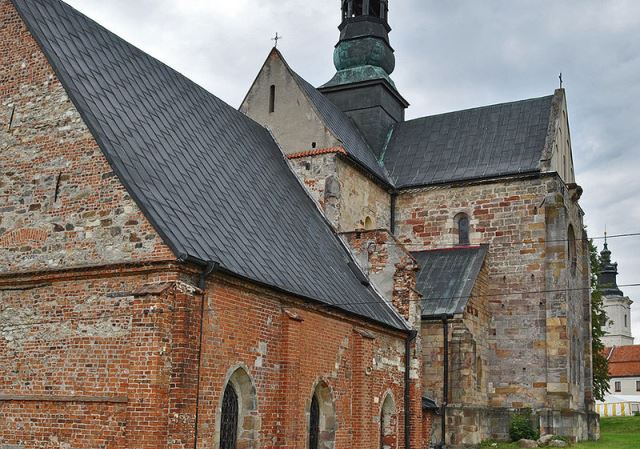